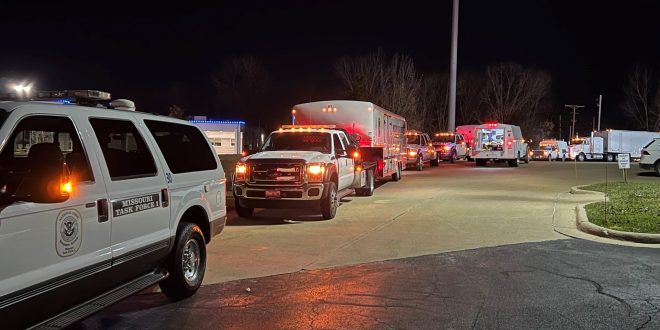 48 members of Missouri Task Force One arrived in Murray, Kentucky this morning and are now stationed in hard-hit Mayfield, responding to the devastating tornadoes there.

The “Louisville Courier-Journal” quotes Kentucky’s governor as saying 64 people have been killed in the Commonwealth state, with more than 100 others unaccounted for. Kentucky Governor Andy Beshear describes the storm as the worst tornado event in state history.

Missouri Task Force One left Columbia Sunday evening, and arrived at Murray State University at about 3 this morning. Mr. Blomenkamp says the 48 task force members have more than 100,000 pounds of equipment.

The 48 crew members include 35 personnel, ten ground support personnel and three members who will serve on FEMA’s incident support team.

The storms that struck Kentucky began in Arkansas and also killed three people in far southeast Missouri: “USA Today” reports that the tornado’s path could go down as the longest in American history.