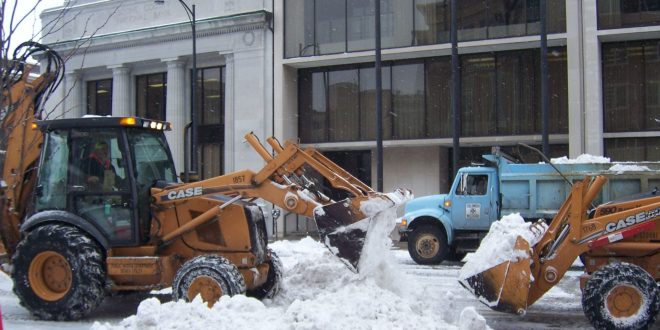 A winter weather advisory is now in effect for most of the 939 the Eagle listening area, including Columbia, Jefferson City, Boonville and Fulton. A few of our northern counties, including Audrain and Monroe, are under a winter storm warning.

National Weather Service (NWS) Pleasant Hill meteorologist Chris Bowman tells 93 the Eagle that mid-Missouri is currently receiving a mix of rain, freezing rain, sleet and snow. What is falling depends on where you are located. It’s currently all snow in Moberly, while Columbia and Boonville are receiving some freezing rain.

“But as temperatures cool off throughout the day, you’ll start to see a transition over to more of a solid, wintry precip (precipitation) with perhaps some freezing drizzle to snow as well,” Bowman says.

Columbia is now expected to see up to two inches of sleet and snow, and the NWS records sleet as snow. The bigger issue will likely be ice. The latest projections from the National Weather Service say show Columbia, Ashland, Fulton, Boonville, Mexico and Kingdom City receiving up to two-tenths of an inch of ice by midnight.

Jefferson City is just outside the NWS’ circled area for ice, but residents should be prepared in case. Travel across central Missouri will be hazardous, and roads in the Columbia area are already slick.

Columbia Public Works brought in a 22-person crew at 6 this (Saturday) morning, and they’re currently treating bridges, intersections and hills. Those crews will later shift their focus to first and second priority routes, which are the main routes. Those first priority routes include Broadway, Providence, Vandiver and Worley.

Columbia Public Works crews are encouraging you to stay home during the storm. Bowman agrees with that.

“It’s always best to stay where you are and let the road crews do what they do to try and keep us all safe,” says Bowman. “If you do have to travel, if you have to go to work or any other reason you absolutely have to travel, just take it slow.”

Columbia Public Works says air temperatures have dropped below 32 degrees as of 8 am, but pavement temperatures are still above freezing at this time. Columbia Public Works has a combined fleet of 21 tandem and single axle trucks, 11 one-ton trucks, three class 5 trucks and a dedicated motor grader. They also have three backhoes and two skid steers. The crews generally report for 12-hour shifts.

In Missouri’s capital city, Jefferson City Police remind you to have sufficient fuel in your tank and a safety pack that includes a flashlight, snacks, blanket and first aid kit. JCPD Lieutenant David Williams also encourages motorists to avoid driving until road conditions have improved.

The heaviest snowfall in the state will be in far northwest Missouri, which could receive six to eight inches of snow.

Traffic is light on the roads, due to the New Year’s holiday. Keep fresh batteries in your radio and keep it tuned to 939 the Eagle for updated forecast information.