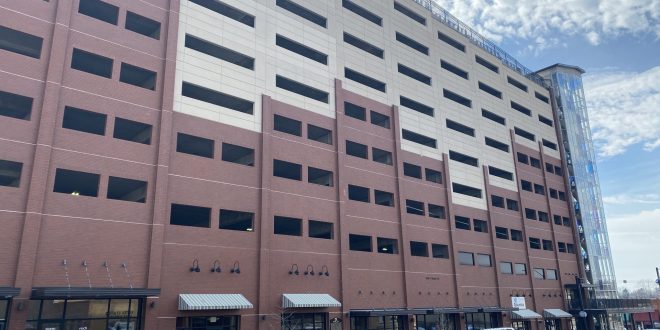 UPDATE: Steel coverings to be added at downtown Columbia parking garage this fall

A downtown Columbia parking garage that has had at least eight suicides will be receiving steel window coverings this fall.

Columbia’s city council voted in March to approve the $504,000 installation of side window panels at the Fifth and Walnut garage. It’s downtown’s tallest parking garage. Public Works spokesman John Ogan tells 939 the Eagle that a contractor has been selected and that steel window coverings will be placed on all openings on floors five through eight. That’s what the city has funding for now.

Mr. Ogan says the city has no plans to put steel coverings over floors 1-4.

The Fifth and Walnut garage opened in 2011. Jonathan White has led the petition for more suicide prevention barriers at the nine-level garage. His petition in September said that there had been eight suicides at the garage, ranging from people in their 20s to their early 90s.