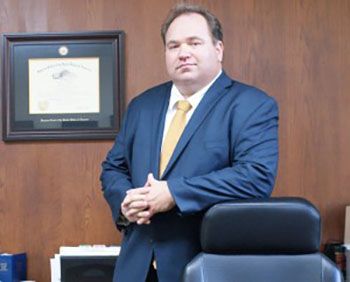 Sheriff’s Captain Brian Leer tells 939 the Eagle that while there is no suspicion of foul play, the investigation is active and ongoing. Captain Leer says the Boone County Medical Examiner’s office will perform an autopsy later this week.

The Sheriff’s Department says an acquaintance of Counselor Wyse called authorities on Monday when he didn’t show up for work. Captain Leer says Columbia Police responded and found him dead at home. CPD has requested that the Sheriff’s office conduct the investigation.

Counselor Wyse has handled numerous high-profile cases and has been representing Jeffrey McWilliams, who’s charged with second degree murder for the 2017 drug-related killing of Augustus Roberts in Old Hawthorne. Wyse’s court filings indicate the three suspects who committed the murder claimed to be police officers, as they broke into the home. It’s unclear now whether McWilliams’ August jury trial will proceed.

Wyse is a native of northwest Missouri’s Richmond, and played football and basketball for the Spartans. He was also the high school’s chess champion.