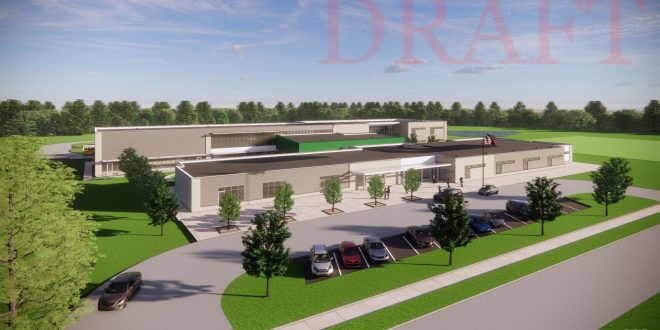 Drawings highlight what new Columbia elementary school will look like

The new elementary school that will be built next to south Columbia’s John Warner middle school is scheduled to open for the 2024-2025 school year.

The $25-million project was a key component of the $80-million bond issue approved by CPS voters in April.

CPS spokeswoman Michelle Baumstark tells 939 the Eagle that the district still has to do the design phase, sell bonds and other critical work first.

The drawings show modern, secure buildings with new sidewalks, trees and green space. Ms. Baumstark also notes a large home development will be built across the street from both schools.

Meantime, the aging Columbia Area Career Center (CACC) will also see major improvements: a $15-million addition and renovation that was approved by CPS voters in the April bond issue.

The district’s drawings show that the renovated facility will have large CACC letters on the front wall, along with a secure entryway and new sidewalks and crosswalks. The issue has been a major priority for CPS school board member Blake Willoughby, who visited a Kansas City-area career center this winter and discussed it in-detail on “Wake Up Columbia.”