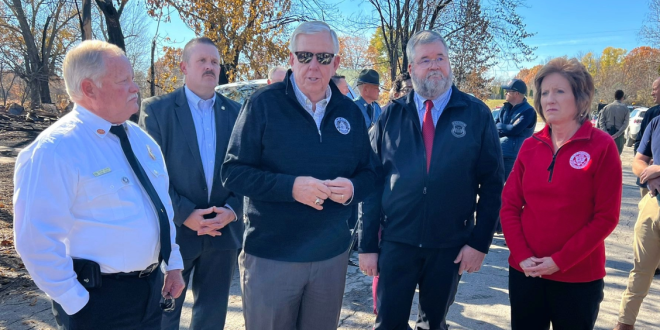 The October blaze destroyed 23 structures in Wooldridge and burned more than 3,000 acres. That includes some land in the Big Muddy. Congresswoman Vicky Hartzler tells 939 the Eagle’s “Wake Up Mid-Missouri” that she will hold a conference call soon with Fish and Wildlife representatives.

“I heard that day criticism that there had not been managing it according to what they believe were the standards of burning off that tall grass every three years. So we’ve been trying to get answers of really what is the policy. Are they required to burn it every three years and did they or did they not,” Hartzler says.

Hartzler says she’s thankful for the more than 50 fire departments that battled the blaze. Some firefighters came from as far away as St. Charles County and the Lake of the Ozarks.

Meantime, Congresswoman Hartzler is praising mid-Missouri churches for offering to donate a new organ and piano to the historic Wooldridge church damaged in the late October wildfire. She says church officials are still assessing damage.

“It was absolutely a beautiful, historic church built in around 1905. And there’s just so much history there. So from what I’ve read, there is still hope that it will be able to be fully restored,” says Hartzler.

Hartzler says the church’s stain glass windows were saved. She’s confident that Wooldridge will bounce back from the blaze.